A disability applicant with a low IQ that impairs his/her ability to perform significant work under Residual Functional Capacity, RFC could get approved for Social Security Disability Benefits.

Previously, the SSA listed a low IQ under 'Intellectual Disability' and before that as 'Mental Retardation'. However, it is now listed under 'Neurological Disorders' as 'Intellectual Disorder'. To analyze whether the applicant is really unable to perform work under RFC that is the simplest of works by himself to be listed as disabled under the Blue Book of Impairments, the Social Security Administration uses two basic criteria. One is based is obvious signs and symptoms that the patient may be showing as a sign of low IQ as descried through the licensed doctor's reports while the other uses the patient's IQ tests as evidence of an IQ impairment.

If the applicant's medical record doesn't include an IQ test result or diagnosis of their intellectual impairment, then the SSA would send for it. The most common IQ tests performed for such applicants are Wechsler Adult Intelligence Scale (WAIS) and the Stanford-Binet. However, the IQ tests could be of any other type, provided that they hold equally the value of the required standardized tests.

Another condition for the IQ tests is that they have to be performed individually as a measure of the applicant's individual IQ. Therefore, any IQ tests performed on a group of people/students, in classroom or military activities, does not hold eligible for the SSA.

Criteria A – Visible Signs of a low IQ

This includes evidence of significant problems evident in:

This includes significantly compromised functional ability as demonstrated by the standardized testing:

All of the criteria above combined with the following symptoms may be regarded as low IQ by the SSA, thus eligible to qualify for an SSDI benefit for low IQ:

A low IQ with all the above symptoms can significantly impair an SSA's psychiatrist or disability examiner in your favor. Also, a low IQ can also occur as a result of childhood trauma, physical injury, accidents or other underlying medical conditions. So, it is important that you make sure to have all the medical documentations including tests, history and testimonies by your coworker or doctor if you or loved one needs to file for SSDI for low IQ.

You can consult our office further on how to proceed with your application for filing for SSDI on low IQ. 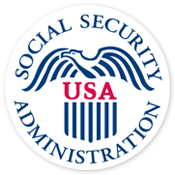